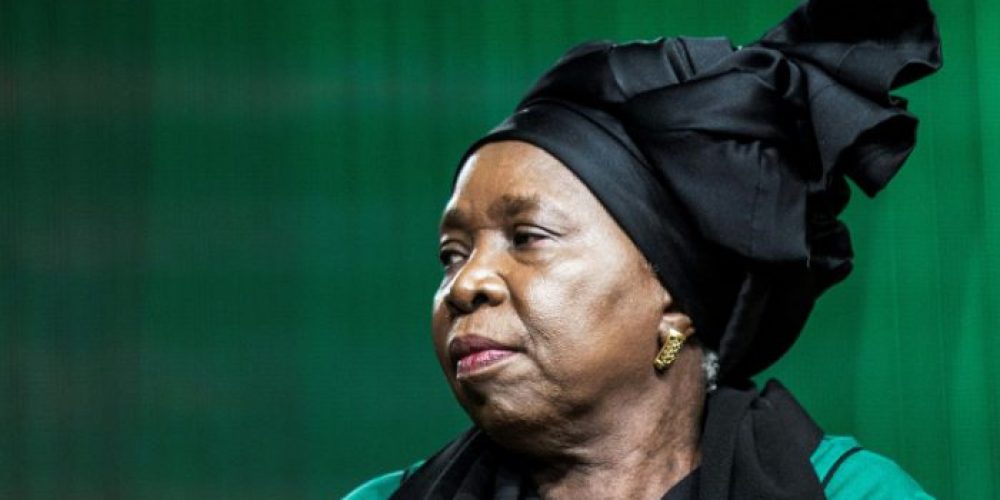 Nkosazana Dlamini-Zuma is touted by some as a potential successor to her ex-husband, Jacob Zuma — but the family ties could be a burden

Her voting powerhouse, the Free State may not vote at the ANC national conference in December as it failed to elect new leadership by August 11.

The bid by Nkosazana Dlamini-Zuma to become the next ANC president has been dealt a severe blow with her potential voting powerhouse, Free State, now in danger of being unable to attend the party elective national conference in December.

President Jacob Zuma’s Free State strongman, Ace Magashule, and his entire provincial executive committee (PEC) are being challenged in court for overstaying their welcome as leaders in the province.

Saturday Citizen yesterday obtained a lawyer’s letter to this effect. The letter, from Bekker Attorneys, represents ANC member LS Mifi and states that the grace period by which a new provincial elective conference should have been held in the province expired on August 11.

In the light of the recent pronouncement by ANC secretary-general Gwede Mantashe that the party would not allow elective provincial conferences beyond today, Free State was out.

This meant that its PEC may not have a duly authorised mandate to vote in the ANC’s December conference to pick new party leaders, including a new president.

Dlamini-Zuma relied heavily on support from Free State, KwaZulu-Natal and North West for her fortunes against her contender, Cyril Ramaphosa, at the December conference.

Free State is the second Dlamini-Zuma-supporting province to have its legitimacy questioned. Its fate came on the heels of a high court ruling declaring the 2015 KwaZulu-Natal ANC conference unlawful and null and void, which implied that the province’s PEC was illegitimate and unlawfully elected.

However, KwaZulu-Natal ANC will appeal the ruling, which might give them leeway to remain in power while the appeal is being processed.

But this may also be challenged by their opponents, who support former premier Senzo Mchunu and Deputy President Cyril Ramaphosa.

Now Magashule, who has reigned in the province for a decade, is said to be panicking as he fears that he will lose power if Ramaphosa wins in December.

He and his PEC are allegedly plotting to use dirty tricks to outmanoeuvre their opponents. The provincial leadership plans to hold an elective provincial conference in November in defiance of a Luthuli House decision as they fear being disbanded under Ramaphosa.

As a result, they allegedly hatched a plan to control the province by unleashing state apparatus on their opponents to frustrate the Ramaphosa campaign and win branch and provincial elections at all costs.

It is said the PEC realised that Dlamini-Zuma was likely be beaten by Ramaphosa at the poll. It is believed that Magashule is not prepared to lose control of Free State to the Ramaphosa camp. “They are sceptical of the outcomes of the national conference.

“If CR [Ramaphosa] emerges, they may be dissolved and lose control of the provincial conference,” a source close to the situation said.