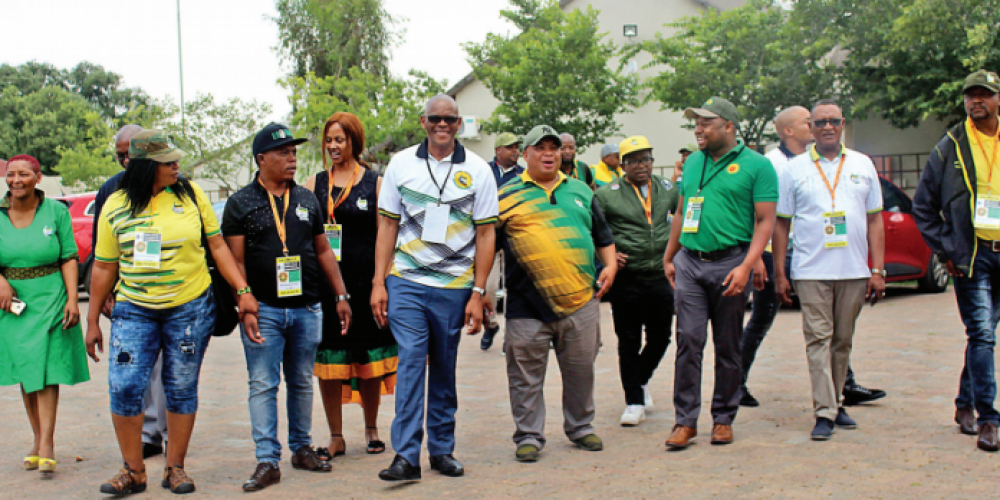 THE ANC in the province said it was aware of efforts ‘to disband’ the provincial executive committee. Provincial secretary William Bulwane confirmed to The New Age yesterday of having received a letter believed to be from an unknown ANC member in the province. Bulwane said the member had reportedly approached his lawyers to take up the matter on his behalf. Bekker Attorneys reportedly said in the letter to the ANC that its client identified as LS Mifi wanted the committee disbanded because its mandate had expired in April. Mifi wanted the matter settled out of court, according to the letter. “Our client is giving you time herein to make this matter right accordingly without going to court. “Should you fail to do that then it will compel our client to approach the court.

Our client is considerate of trying to resolve this issue without going to court and wishes to use the correct structures. Our client has merely directed a letter to the ANC secretarygeneral,” the letter said. Mifi wanted the provincial committee disbanded by Sunday. Bulwane said the matter would be investigated. He said they were in possession of the letter but had handed it to their legal team for inspection. “I can confirm that we received the letter and we don’t know who that person is, so, we are not going to respond to it and we took it to our legal team.

If it goes to court we are ready to defend the ANC,” he said. He said the provincial elective conference was on track for November. “We are going to report back to the PEC after they asked us to meet with secretarygeneral Gwede Mantashe,” Bulwane said. He expressed gratitude that they were able to reach agreement with the NEC and were looking forward to the hosting the elective conference. “We are elated that we have been given the green light to start organising the conference. We now have to meet all the stakeholders and map a way forward on the conference,” he said.

He said no specific date for the conference had been set. The conference has been postponed on at least two occasions. “We are yet to decide which day to hold the conference but I can guarantee you we are going ahead with the elective conference. “We are just going to deal with the logistics in the next month or so and meet all branches to be able to elect the new PEC in the province,” Bulwane said.